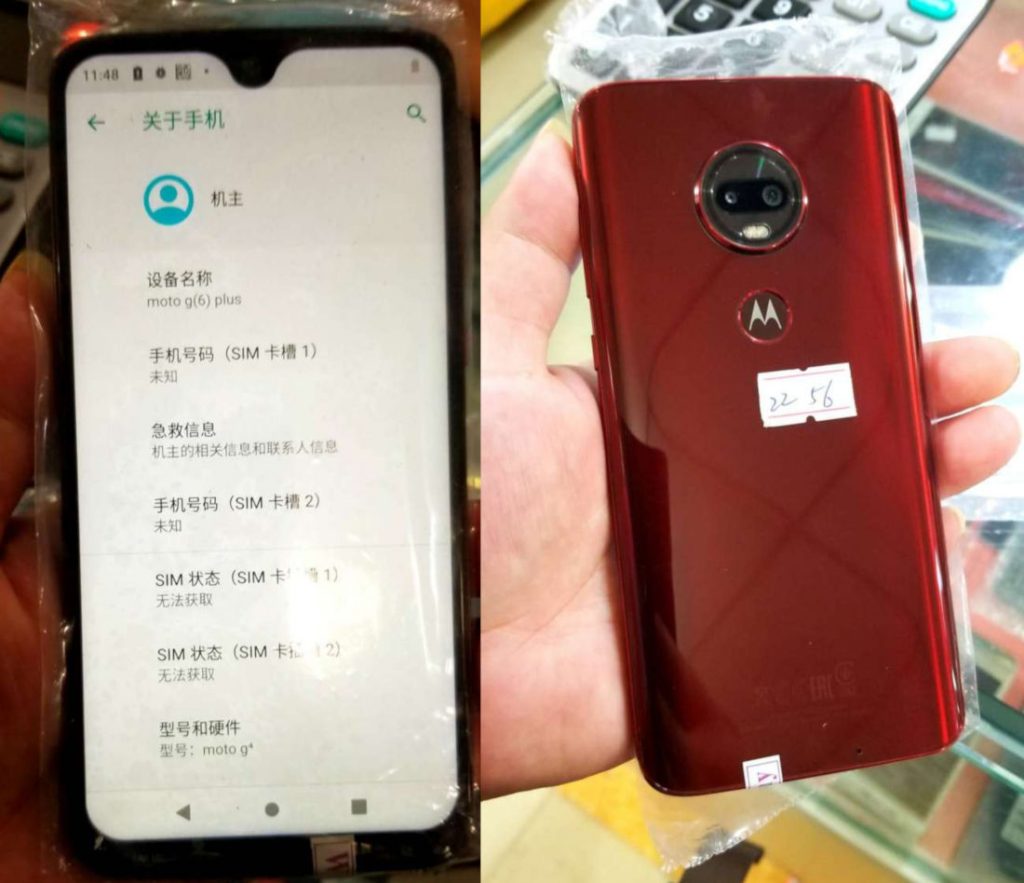 It has just been four months since Motorola announced the Moto G6 series, now live images of the Moto G7 has surfaced. It is being tested as Moto G6 Plus, and the first big change is the water drop notch design, which is a trend these days. The notch houses a camera, and the fingerprint sensor that was present below the screen on the Moto G6 and the G6 Plus is missing, so it is now on the back of the phone with a Motorola logo, similar to the Moto G6 Play. Since it has a water drop screen with minimal bezels, the phone will have a smaller body. It has a shiny glass back, and the dual rear cameras are arranged vertically with dual LED flash below them. The specifications is rumored to be similar to the Moto G6 Plus, including Snapdragon 630 SoC with up to 6GB RAM, 12MP + 5MP dual rear cameras, 8MP front camera, and a 3200mAh battery with Turbo charging. Since this is a test unit, the specifications could change in the final version of the smartphone. We should know more details about the Moto G7 in the coming months. Source | Via