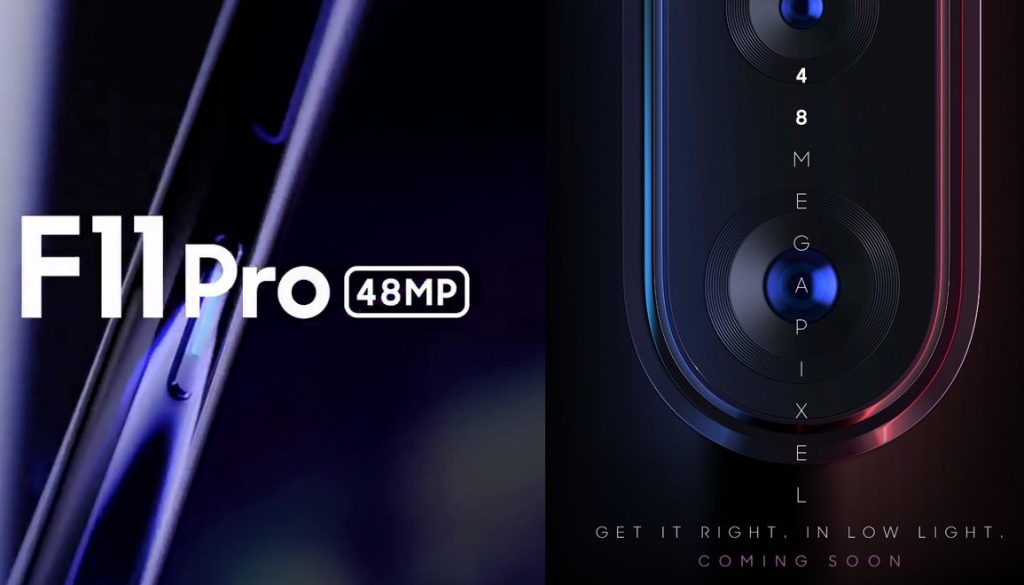 OPPO has started teasing F11 Pro, the company's upcoming mid-range smartphone globally, and in India. The smartphone will feature a 48-megapixel primary rear camera along with a secondary rear camera. It is already known that Vivo is gearing up to launch the V15 Pro smartphone with triple rear cameras, including a pop-up  They say a picture is worth a thousand words. We say a #BrilliantPortrait is worth even more. RT if you're set for the new #OPPOF11Pro, launching soon. pic.twitter.com/5ZyAirvzPf — OPPO (@oppo) February 13, 2019 The video teaser on OPPO global social channels show us a glimpse of the design. While the teaser posted by OPPO India shows the 48-megapixel camera sensor and promises better low-light images. Brilliant Portraits in Low Light with the 48 MP Camera. Coming Soon. #OPPOF11Pro pic.twitter.com/AsJrOCYEh4 — OPPO Mobile India (@oppomobileindia) February 13, 2019 Another image confirms a no-notch design, so it will come with a pop-up front camera, similar to the Vivo V15 Pro. We should know more details about the smartphone in coming weeks ahead of launch sometime later this month or early next month.