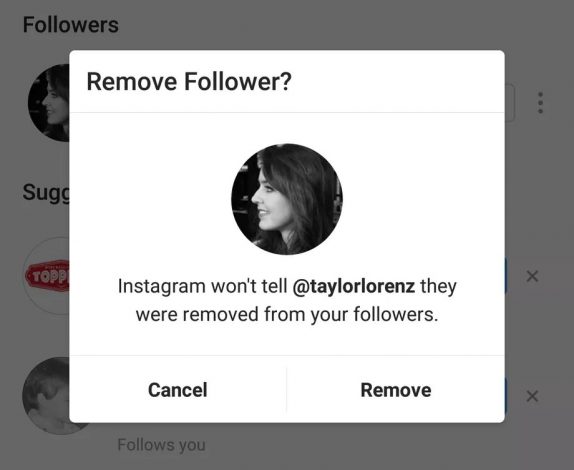 Instagram apart from building a new two-factor authentication is also working on bringing the ability for public accounts to remove followers. This feature was available for Private accounts holders for a long time and it is only now the feature is making the news for public account holders.  Since it is testing, the feature is slowly making an appearance to a large of chunk of users at least on Android. Instagram too confirmed that it is working on the feature, but declined to provide more specifics on a full release for all Instagram accounts. The company notes that users whom you choose to remove aren’t notified of the action. If you are following Instagram closely, back in May, it rolled out a “mute” feature, which lets you continue following people while completely avoiding their posts and stories entirely. With this new feature, Instagram is trying to give you more control over who follows you without switching to a private account. To check if you got the new feature working, head over to your profile, tap on followers, and there you will see three vertical dots, tapping on that will bring up the prompt to remove someone. Source