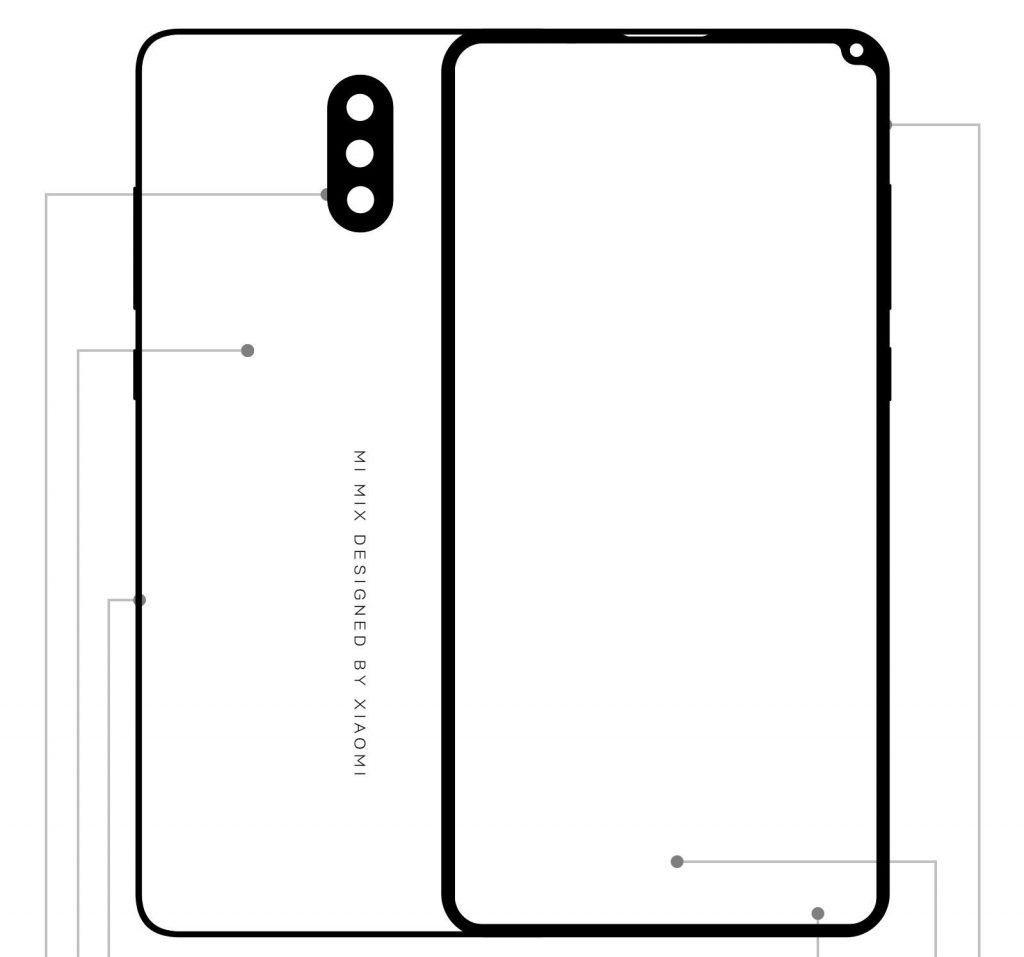 Xiaomi introduced the Mi MIX 2 smartphone back in September last year. Now sketches of the Mi MIX 2S along with rumored specifications has surfaced in China. The design shows minimal bezels for the smartphone, front-facing camera that has been moved from bottom right to the top right corner, dual rear cameras on the back. It is also said to feature under-display fingerprint sensor. It is said to feature four-sided curved ceramic uni-body design, powered by Snapdragon 845 with 8GB RAM and 256GB storage, global 4G LTE bands and 12-megapixel dual rear cameras with optical zoom, which is rumored to be feature unannounced Sony IMX363 sensors. The leak doesn't reveal the display size or resolution, front camera details and the battery capacity. Another rumor says that the phone will be unveiled at the MWC 2018 later this month, which is doubtful since earlier reports said that Samsung has secured first batch of Snapdragon 845 SoCs for the Galaxy S9 smartphones that will be introduced at the MWC later this month and go on sale next month. Source | Via